In its Season 2, Leisure Leagues hosted five leagues of eight teams each. Leisure Leagues characterized three of the five as Premier Leagues while the remaining two were Division ‘1’ leagues. Each team consisted of ten players. Six players are fielded in a given point of time during the match, in a reduced ground.

Phoenix emerged as Champions in a Premier League held at 16-Star Football Ground. The Vikings were the runner-up in the league. 14-year-old Taha Mehmood of Phoenix, who is the son of former international cricketer Mehmood Hamid, claimed the ‘Player of the League’ award.

None of Mehmood’s sons were interested in cricket as their passion lies in football. Taha, who scored eight goals during Leisure Leagues Season 2, believes that the format of  Leisure Leagues was very good to improve their football expertise.

Himself a very good dribbler, Taha said that the game increases the speed and team game. “We have improved our short passes and team game while playing in Leisure Leagues. It has also improved finishing skills,” he said.

Taha also said that his father Mehmood Hamid has never forced or advised them to play cricket.

“He knows that a player can do well where his (or her) passion is. So, he has never asked us to leave football and play cricket. Even Moin Uncle (Former Pakistan Cricket Team Captain) asked us to play at his academy. But our interest is in football so we prefer playing football,” Taha said.

Meanwhile, in Division ‘1’ League at the same venue, host 16-Star secured top position. Hazara United was the runner-up side. Mohammad Hakim, who played in the famous and celebrated match of Ronaldinho and Friends in Karachi, played for Hazara United during the league. He was happy to be part of Leisure Leagues and said that playing with Ronaldinho and other international players like Ryan Giggs made him a sort of celebrity in his circle.

In Premier League ‘A’ played at DHA Rahat Football Ground, Red Devils emerged Champions. Joga Bonito was the runner-up side. Uzair Zaidi of Red Devils was declared ‘Player of the League’.

In Division 1 League held also held at DHA Rahat ground, Orangi Folks claimed the title while Outcasts were the runner-up side.

According to rule books of Leisure Leagues, a league must have maximum of ten teams or a minimum of eight teams.

Leisure Leagues, is a company of World Group, which is owned by The Trunkwala Family, is the largest global organizer of 5, 6 and 7-a-side football. Leisure Leagues has considerably large footprints, having organized leagues in Whales, England, Scotland and Northern Ireland. Leisure has also been operational in United States.

Leisure Leagues set foot in Pakistan in 2016. Leisure is now organizing leagues throughout Pakistan at more than a dozen cities. 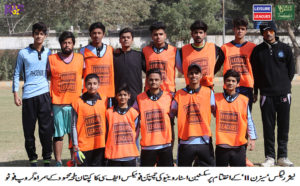 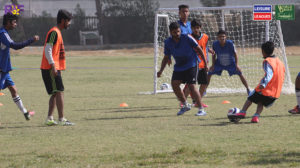 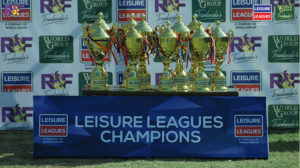 MRHN means Malik Riaz Hai Naveed. He is the founder, webmaster and Chief-Editor of FootballPakistan.Com and came up with the idea to start a pakistani football related website back in 2001.

From that time on he and his team changed pakistani football and spread the word worldwide. A side from football he is a german liberal politician.