KARACHI: Surrounded by some of the main medical institutions of the city, is the Karachi Municipal Corporation (KMC) Football Stadium, unluckily, which was also built to serve to the health needs of the people of this bustling metropolis.

However, like many sports facilities throughout the country, this venue — which neighbours the Civil Hospital and Sindh Institute of Urology and Transplant (SIUT) — stands in ruins, craving to somehow go back to its glory days. The glory days of Pakistan football, the glory days of Karachi football.

“This is the stadium which has hosted teams from Russia, Turkey, China, Japan and more,” Ahmed Jan, who has been carrying out the caretaking duties for the venue since early 1990s, recalls during an interview with ARY. 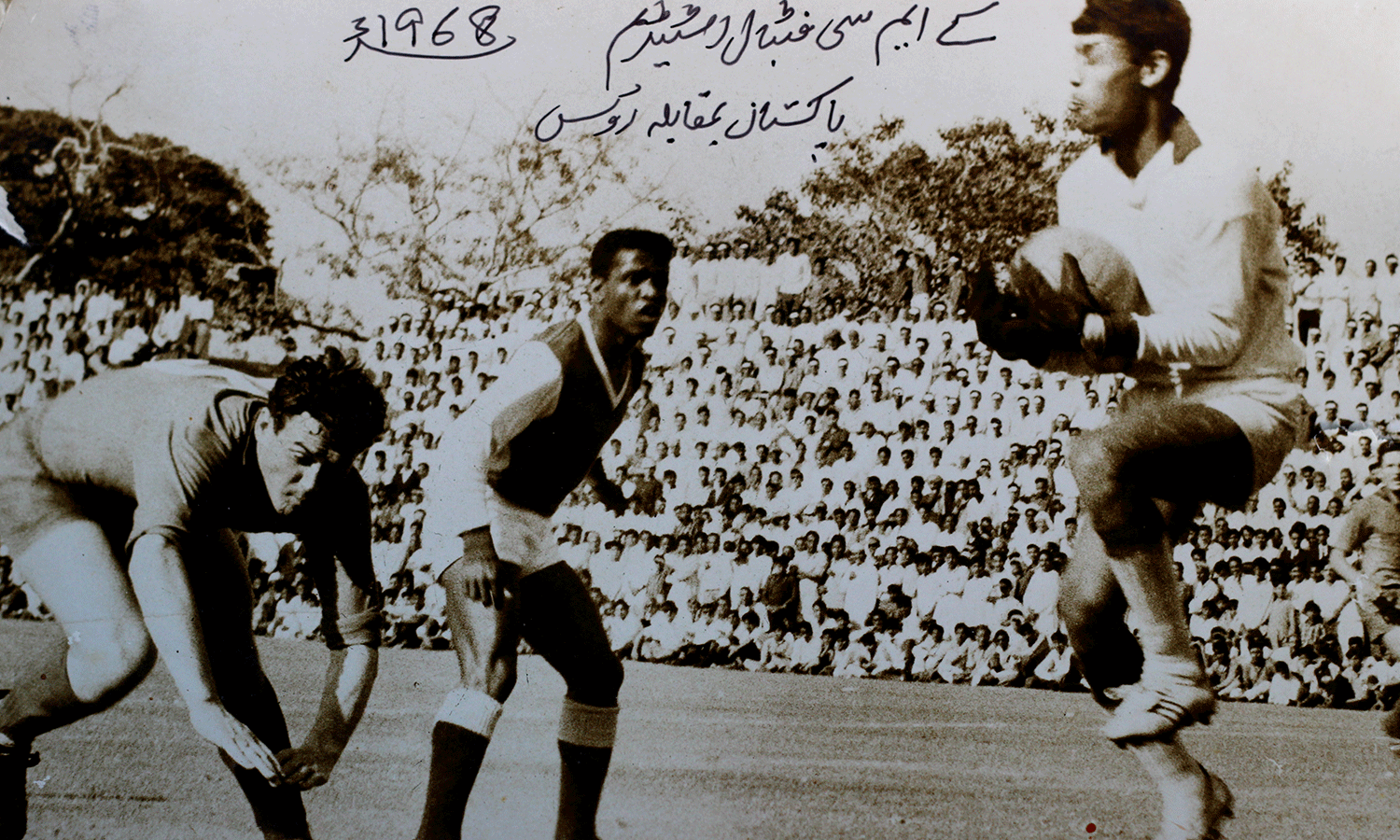 Russia plays a friendly game against Pakistan at KMC Football Stadium in 1968. (Photo by Manal Khan)

Looking at the current situation of Pakistan football, it’s hard to believe what Jan stated. 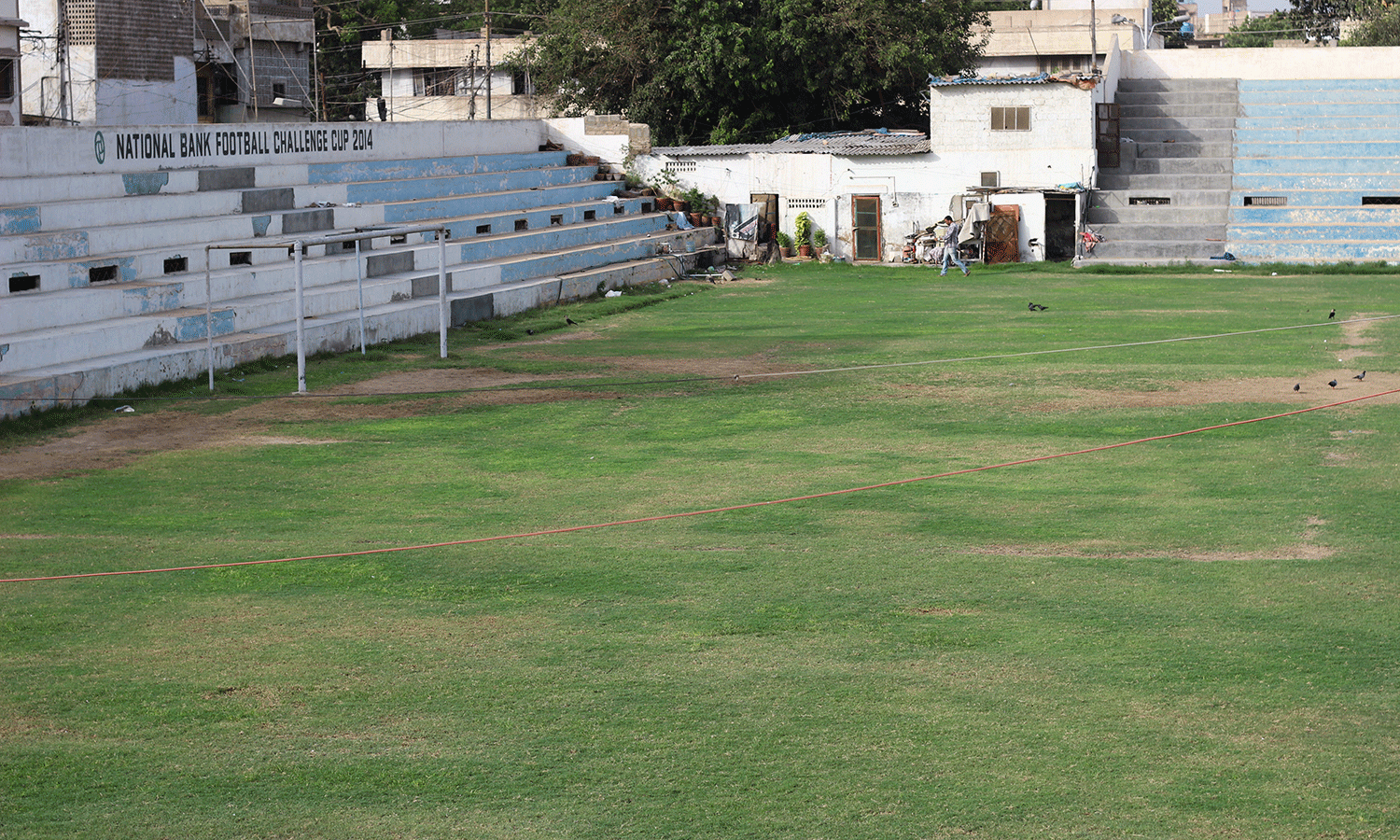 The days Jan talks about, however, were those when Pakistan football enjoyed heady heights.

And some nations, which now feature in world football’s most prestigious events, once graced the KMC Stadium with their excellence. 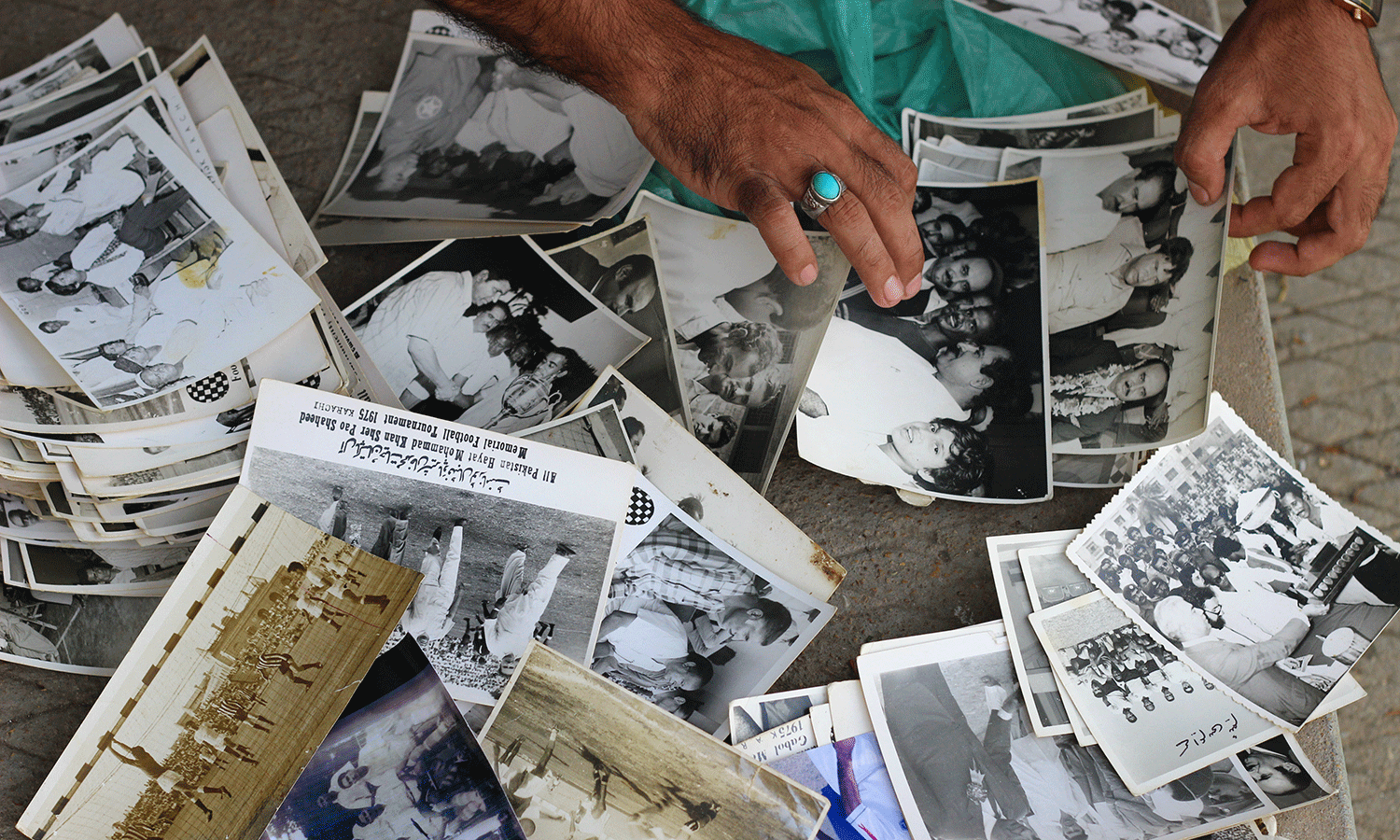 The metropolis, in that era, possessed a unique footballing identity which was born in the slums of Orangi, Landhi, Korangi, Malir and Lyari. Most of the players belonged to the Sheedi and Makrani communities who were known for their unmatched passion for the game.

This passion also translated into jampacked crowds in the city’s football stadiums, of which the KMC venue was the most preferred. When the stadium hosted big domestic and international matches, high profile government officials used to visit as spectators and chief guests.

“The spectators used to come in full capacity and the only person who watched the match seated was Field Marshall Ayub Khan,” says Jan, as he drifts into nostalgia about the then martial law administrator’s visit to the venue. 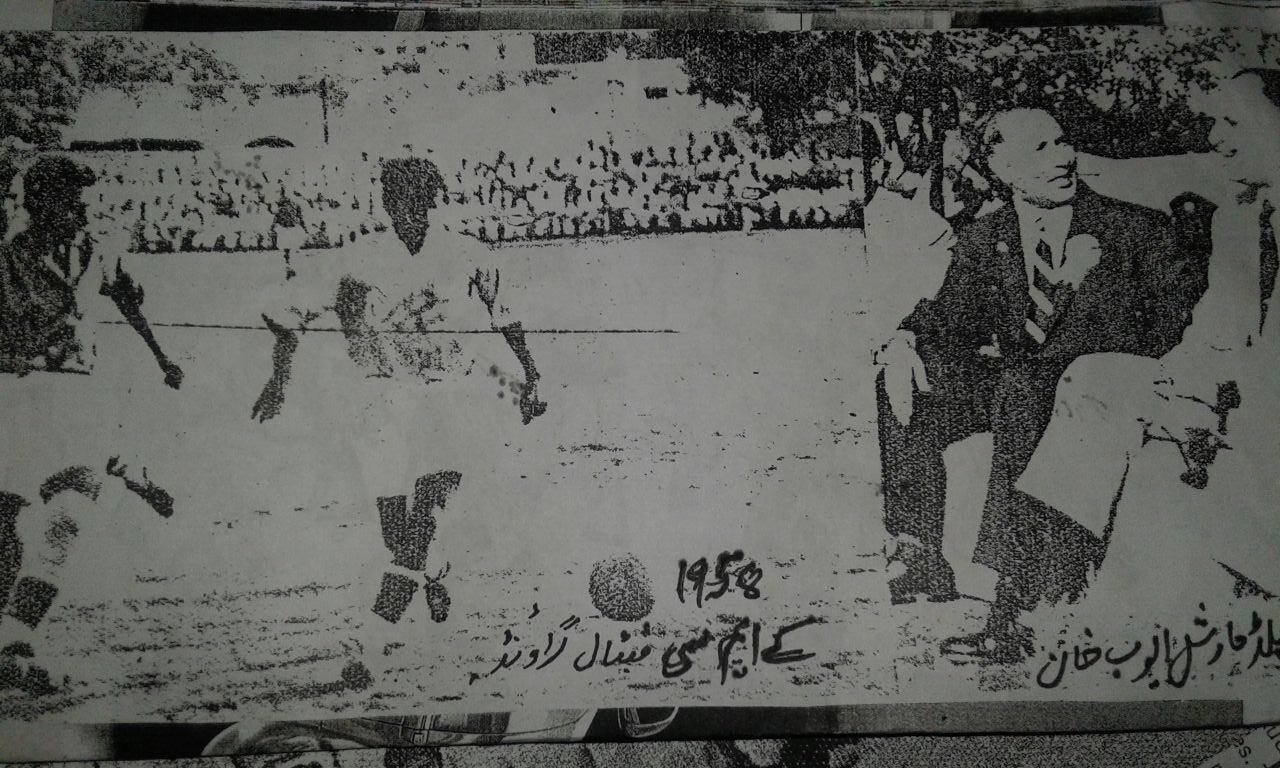 “As regular matches became a routine activity, the crowd increased and even the top government officials, including provincial governors and ministers, had to stand throughout the match,” he adds.

This ground was built before the Indo-Pak partition. It was a piece of barren land surrounded by a 12ft wall until the late 1950s which saw the pavilion collapse during a match with a close to 100 people getting injured.

Commissioner Karachi of the time, Ghulam Ahmed Madni visited the ground after this tragedy, being instructed by Ayub Khan to start the renovation work at the facility.

“In 1962, the foundations were laid and the ground was reconstructed. Stands for spectators along with a grassy pitch were installed,” says Jan. 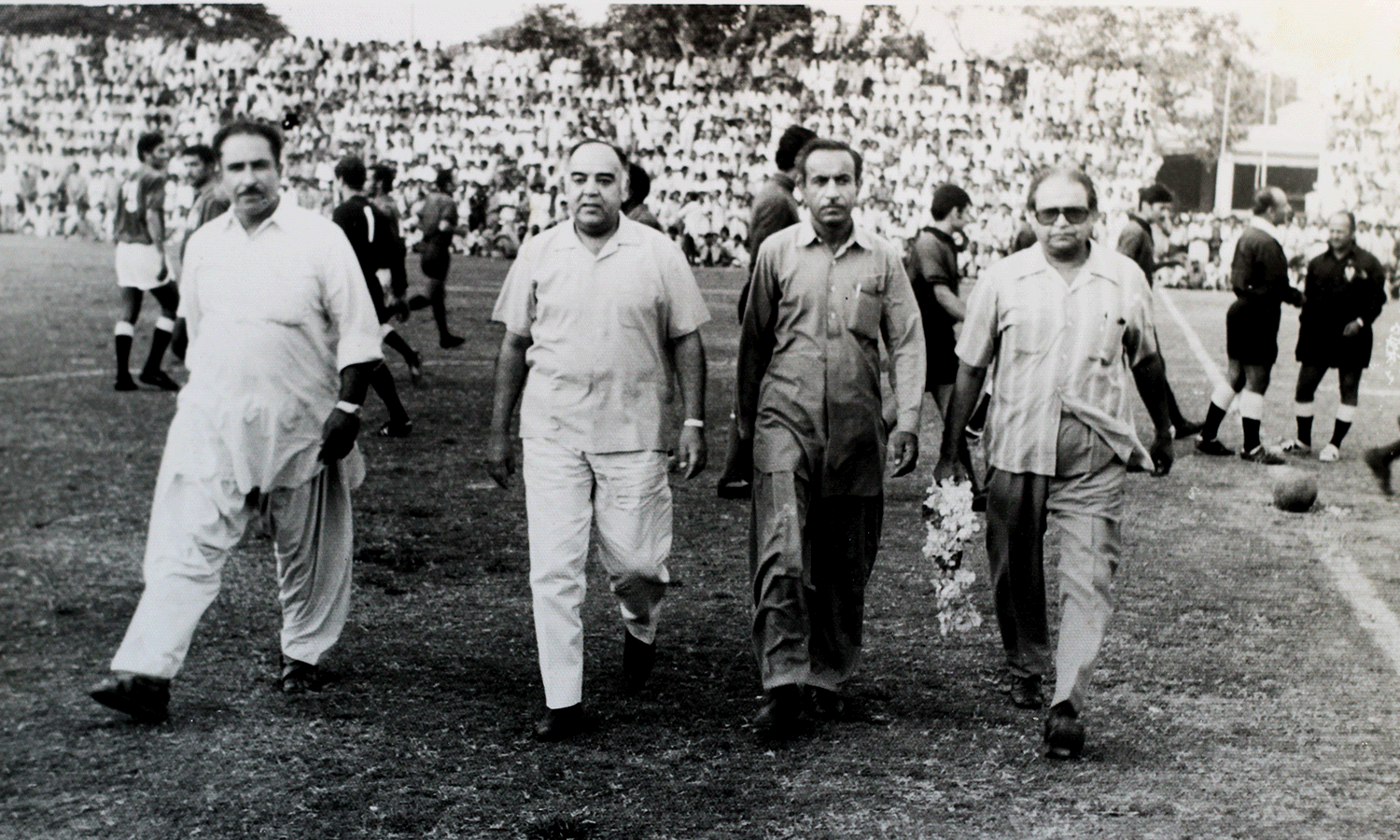 In 1966, the KMC football ground started getting recognised as a stadium and in 1968, the stadium hosted its first tournament, which featured teams from the former East Pakistan.

These were golden times in the city’s football history. This era not only witnessed Karachi hosting international players, but also the local talent displaying world class skills against strong visiting opponents.

“Teams like Iran, Saudi Arabia and China were nowhere close to the quality Pakistani players offered.

I can claim confidently that Pakistani players at that time were 100,000 times better than players who featured in World Cups,” says Jan. 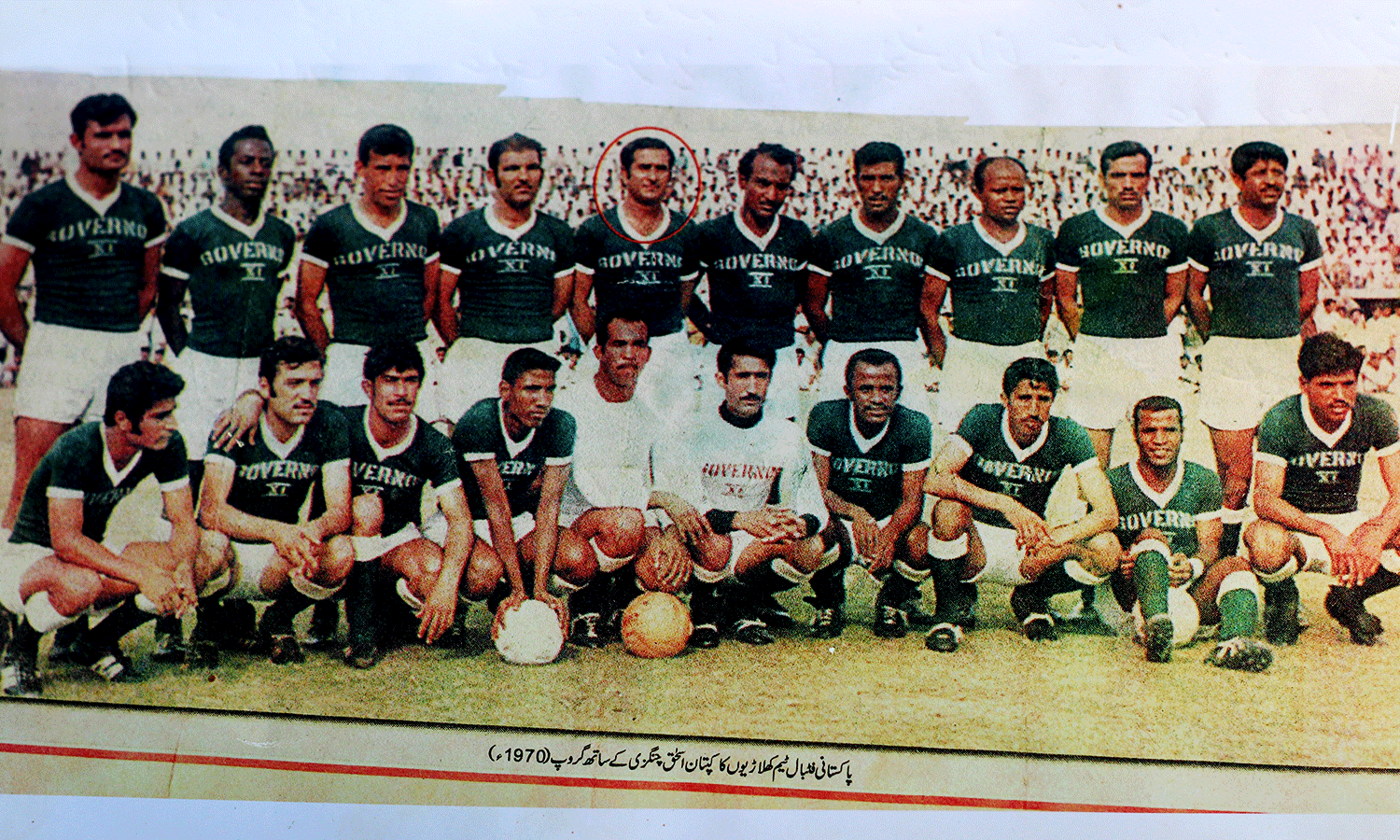 Post 1970, Jan says, the footballing excitement started to wear off. The reason was not one, but a combination of factors ranging from deteriorating political, law and order conditions and mainly the non-seriousness of the government and the PFF.

“Later politics collided with football and merit became a myth, which resulted in the game getting affected negatively,” he says.
“Pakistan football caught pneumonia, and it’s still sick,” adds Jan.

However, he believes that local football could have prospered after its downfall, if the authorities took enough interest and responsibility.

“KMC used to take care of this ground initially. They had their own team. Their administrators used to enjoy the matches, hence, also ensured the investment of resources to keep this ground alive,” says Jan. 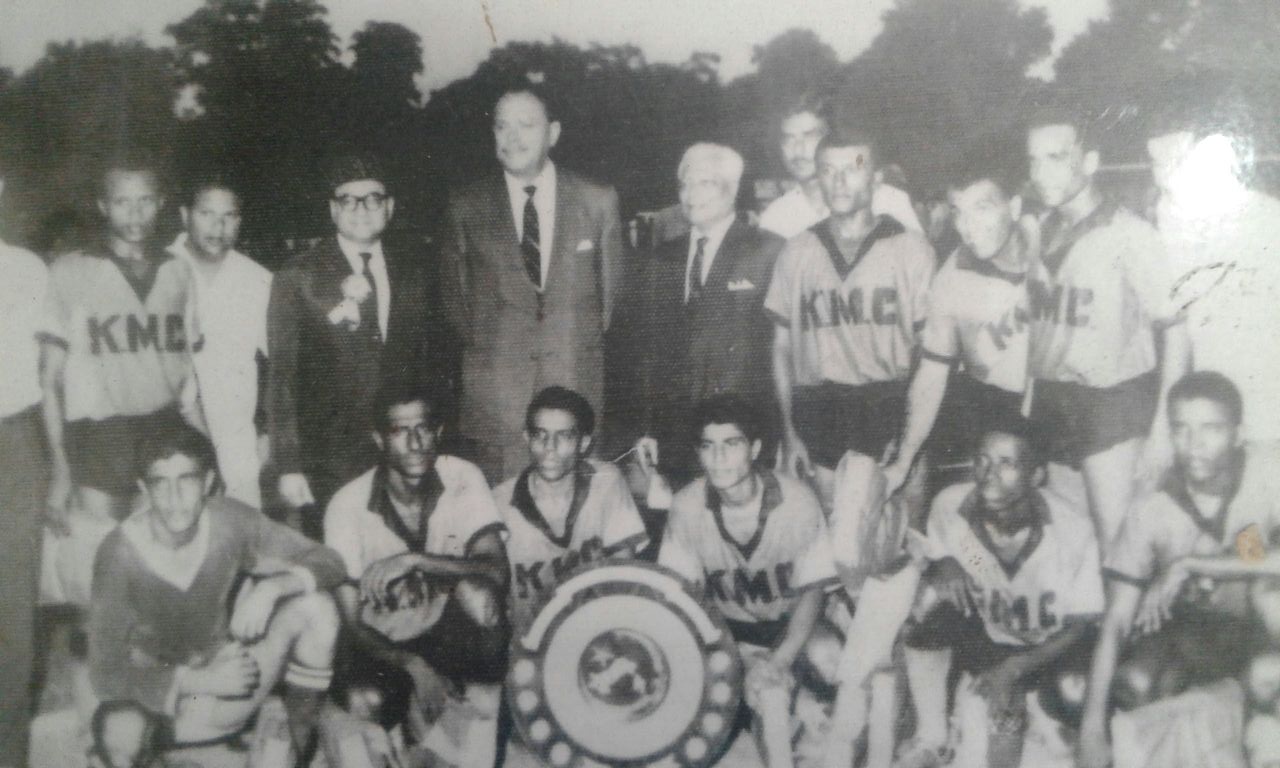 KMC used to take care of this ground initially. They had their own team. (PHOTO by Manal Khan)

“The KMC is responsible for providing recreational facilities to the people of Karachi according to the Local Government Act but since certain political parties of the city gained power, the department stopped working towards sports,” laments Jan.

He also slams the PFF for showing least interest for the redevelopment of this iconic venue.

“The people who were given the responsibility to administer Pakistan football care for themselves first, football stood last in their priority list,” he exclaims about the federation which has suffered from squabbling and corruption over the past decade.

Jan believes it’s ironic that medical facilities neighbouring the ground are always populated by patients while no one realizes football’s potential to contribute for a healthier society.

“You see DMC, Civil Hospital, SIUT over here. So much money has been spent to set up and maintain these institutions, but they have failed to spend money on this ground, which actually prevents people from getting major diseases, in the first place!

“Only sports can be the certificate of health.”

Jan has been taking care of the stadium since almost 27 years now and says he has been the lone force in keeping this venue lit with footballing activity.

“In my 27 years, as in-charge of this ground, I have myself gathered some money through the rent some private teams pay for training and scheduled matches over here,” he says. 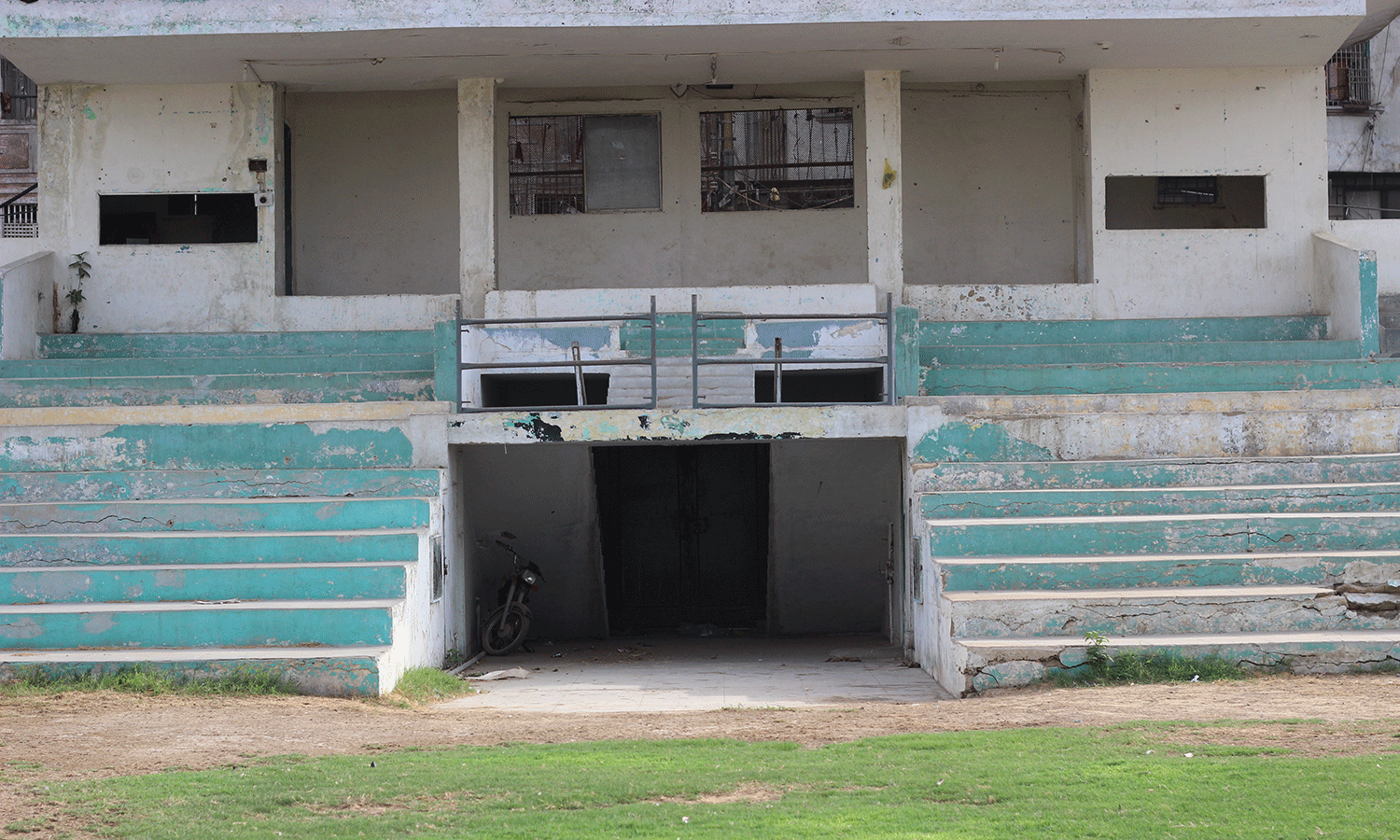 Jan has approached concerned authorities for the redevelopment of the stadium but hasn’t been able to achieve anything, courtesy irresponsible officials and an imbalanced heirarchy inside government offices.

“We were asked to contact the Chief Administrator. But unfortunately, the official is hardly available at his office, hence developmental work keeps getting delayed,” he says. 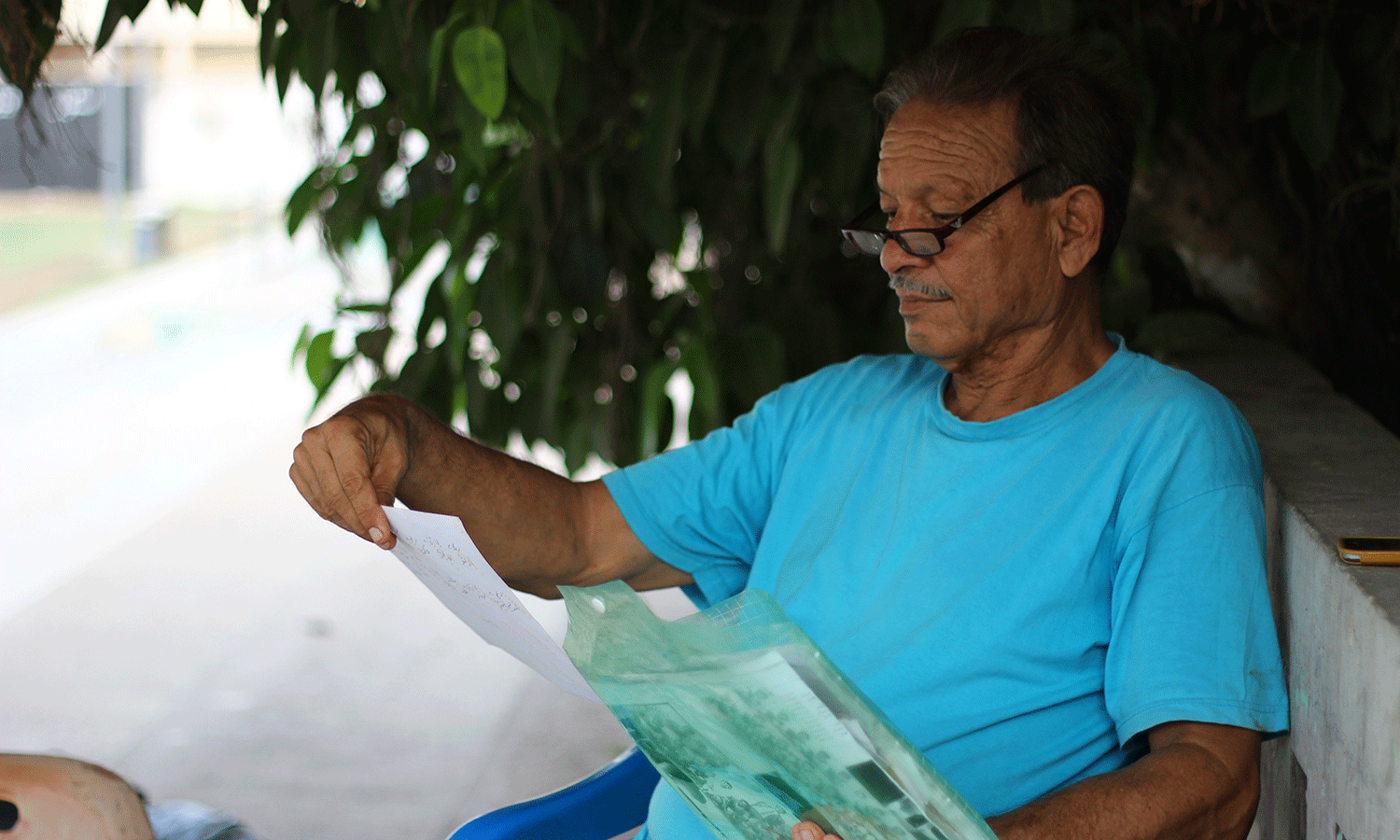 Ahmed Jan sees past pictures and believes that there is a brighter future. (Photo by Manal Khan)

Despite years of disappointment and a bleak looking future, Jan believes there is still light at the end of the tunnel and that Pakistan football can bring back its glory days.

In Jan’s opinion cricket’s model can be adapted to bring football back in the running.

“Cricket has been surviving despite causing so many blows to the country. The reason is the black money involved,” he believes.

“On the other hand, football has suffered because departments, who once used to have their own teams have withdrawn them, hence leaving many players unemployed.”

“If this money is invested in football it will give very good results.”

Islamabad has what it takes to set football standards for Pakistan, do you? [Express Tribune]Remarkable boost in football exports hoped [The Nation]
In
News Pakistani Clubs Player Watch

‘It is a tournament to identify talent early’ [The News]

Footballers should only care about playing: Ashfaq [The News]