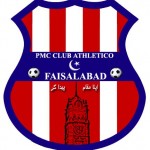 PMC Athletico Faisalabad is one of the top football clubs in Pakistan and is participating in its 4th continuous Pakistan Premier League this year. The Club is also participating in the National U-13 Football Festival this February.

To make sure the best young talent is scouted and selected from the region for the U-13 festival the club is organizing THREE open trials.

The trails will be organized under the DFA’s of the district concerned. They will be supervised by the PMC Athletico Captain and U-13 coach, Pakistan National Team Legend Haroon Yousuf. The Jang Road trials will also be supervised by Ex Navy Captain Zahir.

The U-13 coaching team comprises of Haroon Yousuf as Head Coach and Farrukh Gill as Asst. Coach while Muhammad Sarfaraz is the manager of the team.

A core batch of about 35 top young talents will be selected for final camp from these trials.

The trials are scheduled for: